Something There Is That Doesn’t Love a Wall

What sends the frozen-ground-swell under it, and spills the upper boulders in the sun, and makes gaps even two can pass abreast?  Finally…the Great Wall of China.

One of the wonders of the world, the Great Wall is one of the symbols of China.  Beginning around 500 BC and continuing through the 16th century, the wall of today was constructed by many dynasties attempting to seal off their northern border from nomadic invaders.  Today the wall remains only in sections, though the PRC government has spent tens of millions of dollars renovating and restoring this world monument.

A group of us journeyed to the Mutianyu section of the wall on a Friday morning.  This section is the second-most touristed part, but is the best preserved.  The other sections farther out from Beijing are practically devoid of anything beyond creeping vine and the leering gaze of condors.  You can hike among crumbling ruins and even camp on the wall without ever seeing another person.  Oh well – those sections take hours to get to, and given that we were on the school’s budget, we opted for an ideal compromise.

The initial climb up to the ridgeline

Map explaining the possible routes up to the wall

Absolutely beautiful mountains guard Beijing to the north. Barring invaders made it across these peaks, this wall was here to stop them.

The Mutainyu section is the 2nd most visited section of the Great Wall, but it is the best preserved and not that far from Beijing (~75 km to the NE) 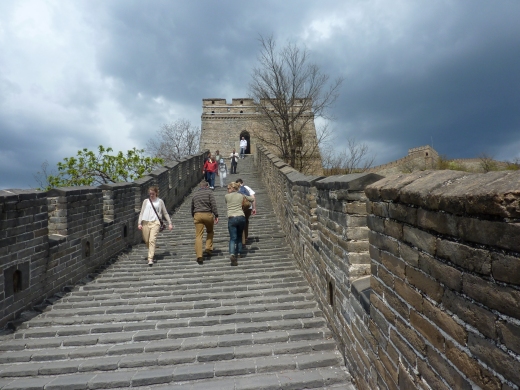 ...and falling with the contours of the mountains. 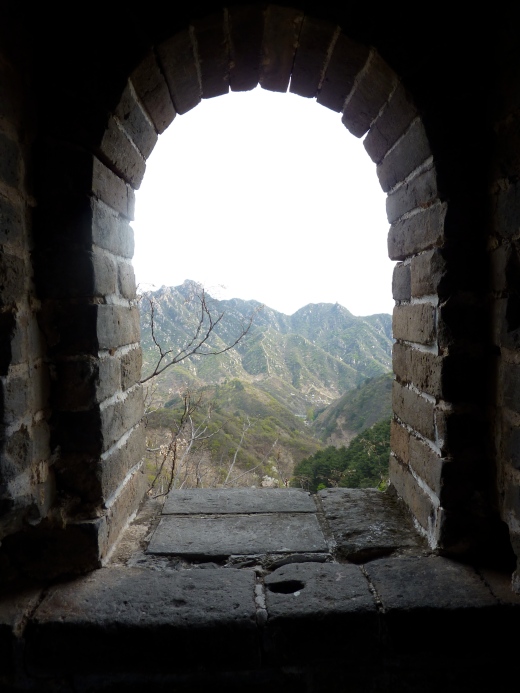 View of the mountains through a guardtower window

Looking back at our trail so far

Me towards the end of the walkable part of the Mutainyu section of the Great Wall of China taken by an Australian couple from Brisbane (I told them how it poured when I was there!)

Some of the group 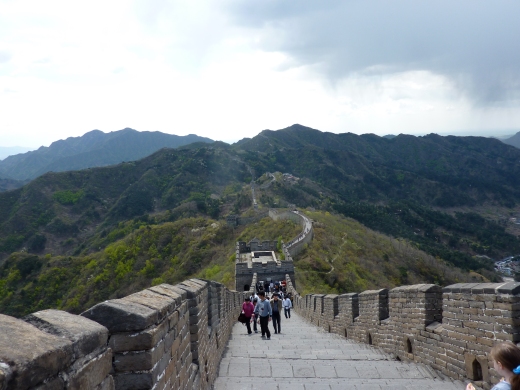 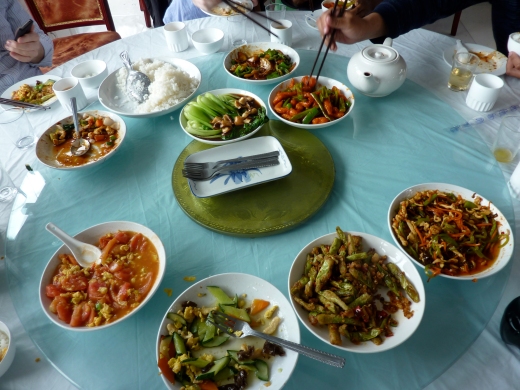 Afterwards, a decent meal at a restaurant at the base of the wall