The red pulse beats calmly and rhythmically from the core.  Like a stone dropping into still water, waves emanate from the center.  You can feel that idea in Beijing.  The Chinese capital wields incredibly influence over world politics – in realist terms, Beijing is objectively the second-most important city on the planet after Washington.  It’s a humbling feeling to know you are truly in one of the great poles of global order.  In the Chinese mind, the world really does revolve around their modern capital.  Unlike the relatively new upstarts of Shanghai, Shenzen, and Hong Kong, Beijing seems confident of its role to rule over China ad infinitum.  The drum beats on in Beijing as it has for millennia.

The school has been taking us on some excursions throughout the city on Fridays.  While overall they have been decent, my one major complaint is that I wished the school would take us to more, well, unconventional and far-flung sites.  We can visit the tourist sites on our own; we are here for three months, so I wish the university would facilitate some harder-to-get-to trips that I wouldn’t necessarily do/be able to do on my own.  Oh well.

Anyway, the pictures from several trips! 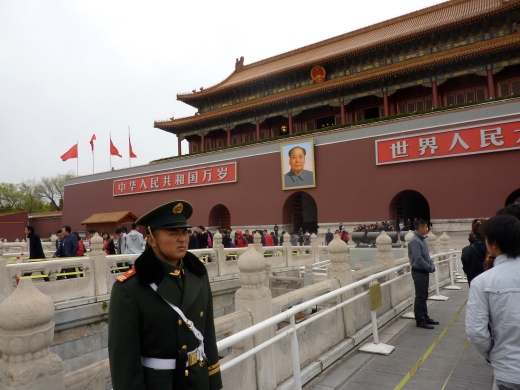 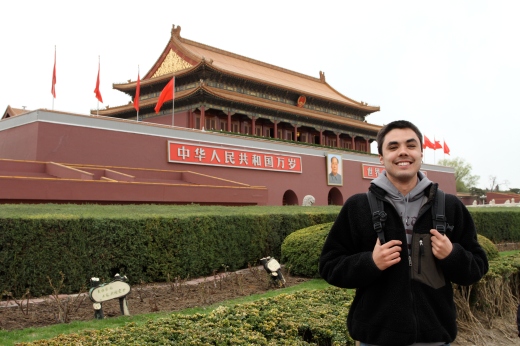 Me in front of the gate to the Forbidden City, directly adjacent to Tiananmen Square

Entering the Forbidden City. We were heading to the far north-east side of the complex to visit the Clock Museum, so we had no time to explore the rest of the sites here. The city definitely deserves several hours!

The clocks in the Forbidden City Clock Museum were neat and really intricate, but sadly made me extremely tired 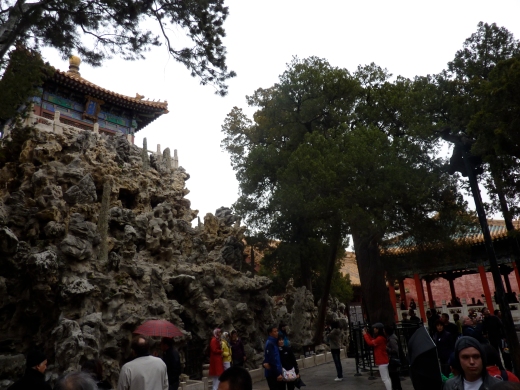 Trying to leave the massive maze of the Forbidden City...

Next stop: the National Center for Performing Arts. To the east of Tiananmen Square, this is one the largest and most advanced theater facilities in the world - certainly fitting for the Chinese capital. 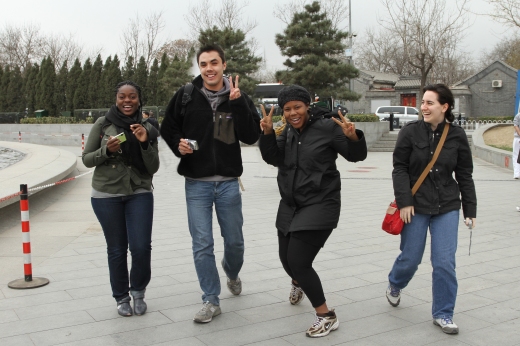 Pretending to be Asian, I look really dumb...

The "egg" is surrounded completely by shallow water, so the entrance is a glass tunnel underneath the lake 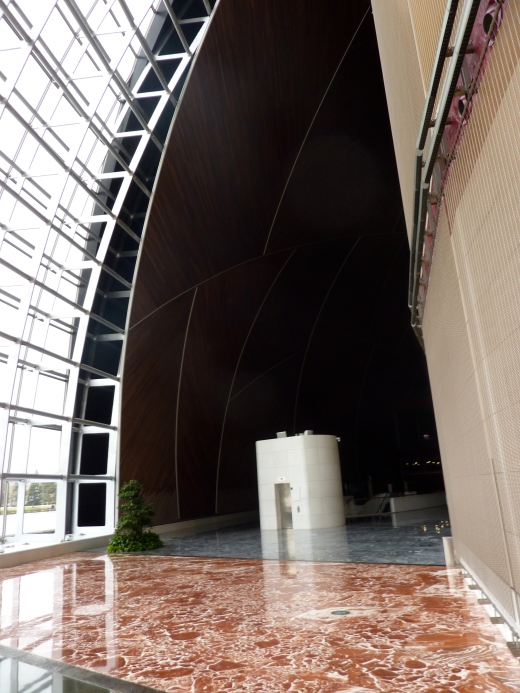 Our tour guide, "Krystal" (her Chinese name is something completely different), gave us a very odd speech that sensationalized the construction of the theater. Everything inside, from the rare marble in the floor to the endangered Brazilian wood composing the ceiling, was said to be the best. Krystal: "This stone from faraway province is best in world. Many lives destroyed, but perfect building!" Not exactly what she said, but basically.

My boss! Sec. Clinton visited the National Center for Performing Arts just recently on her most recent trip to Beijing to meet with Chinese President Hu Jintao.

As the cultural capital of China, many famous people have visited here

Entering Beihai Park. This giant white pagado, dating back several hundred years, sits on a small island in the middle of the large site. In the giant lake, you can (and we did) rent boats to paddle around the tranquil environ. 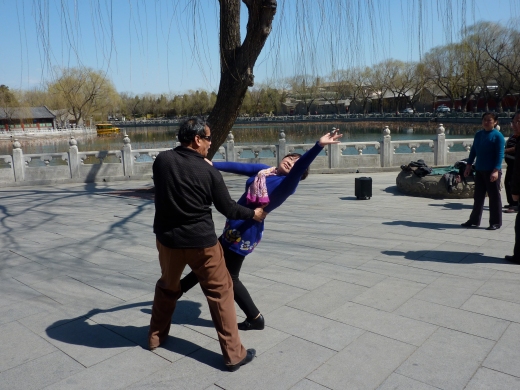 Walking around the island in the middle of Beihai Park 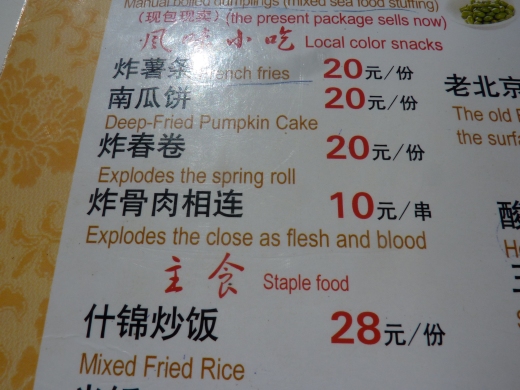 A peaceful way to spend an afternoon lakeside 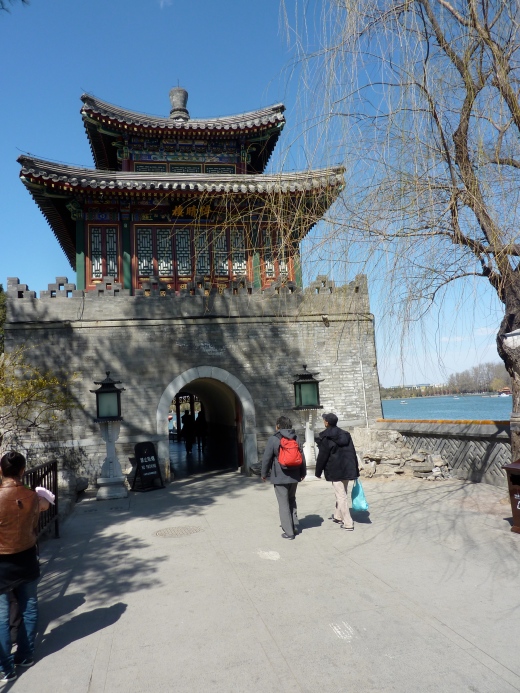 This was my first time to Beihai Park - now Ive been there three times because its so awesome to spend a lazy Sunday afternoon here.

1 Response to Sharks, Quarks, and Parks