Somewhere Between Winnipeg and Siberia

Finally.  Half of a year of waiting is over.  Visa from the consulate – check.  Dog-eared Lonely Planet – check.  Chopstick finesse – uhh, to be acquired later.  I was finally going to China.

Since I had to change my Tokyo itinerary, I rebooked myself on American Airlines’ once-daily flight to Beijing via Chicago-O’Hare (ORD).  I originally was upset at the flight, since it left Chicago at 9:00 PM Monday and arrived 11:30 PM Tuesday, so by the time you clear immigration, customs, and get your bag, it will be Wednesday.  However, I realize that while essentially arriving 2 days later after taking off, AA 187 allows you to sleep on your nighttime circadian rhythm rather than during the day.  Coupled with the low loads throughout the flight, who interestingly seemed to be made up of mostly non-Chinese tourists and businesspeople, I fell asleep somewhere around Winnipeg, woke up in time to cross the International Date Line, and fell asleep again until we were solidly over Siberia in the Russian Far East.  After 13 hours and 7 minutes of flying time, we landed in the political, cultural, and psychological capital of the People’s Republic of China – Beijing.

Anyway, here are the first pictures as I struggle to cope with the 13 hour time difference with Chicago!

My Chinese visa with the personal data blocked out 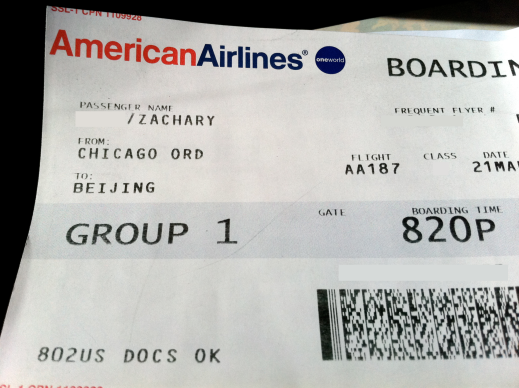 I took AA 2088 from Tampa (TPA) to Chicago O'Hare (ORD), connecting on AA 187 to Beijing Capital International (PEK), the busiest airport in China. Some information on my boarding pass I erased for internet privacy. 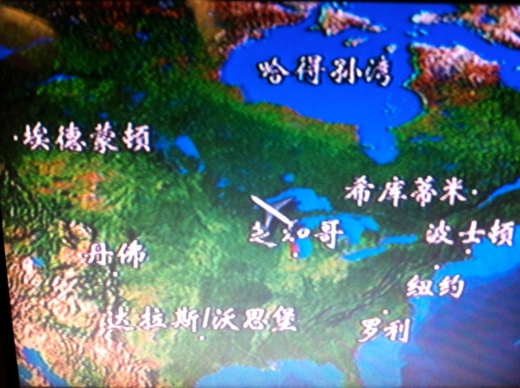 Heading NW from Chicago-O'Hare (ORD) across Canada and eventually...

...heading east over the top of Alaska. It's always cool to see the local time clock instantly add 24 hours when the plane crosses the International Date Line between Russia and Alaska.

Arriving in the PRC; stepping off the jetbridge at 11:15 PM Tuesday evening 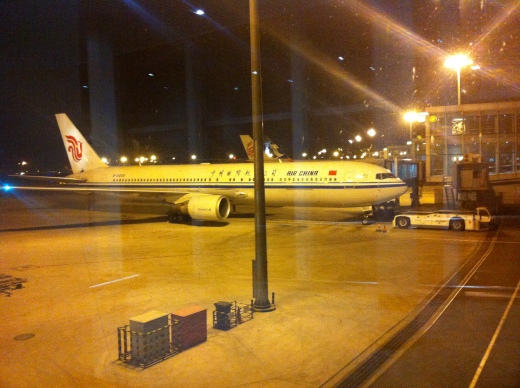 An Air China 757 parked in the gate next door, probably headed to SE Asia, Korea, or Japan on Wednesday morning given the range of the aircraft 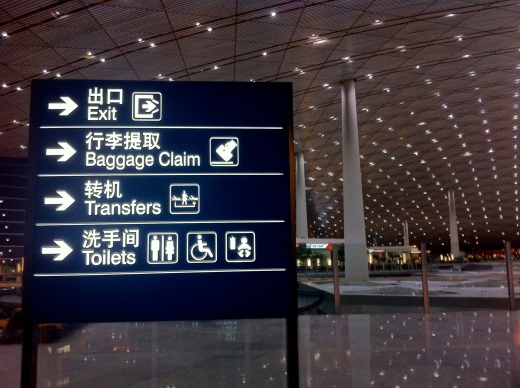 Terminal 3 at Beijing Capital (PEK), the busiest airport in China, is overwhelmingly huge. Finished prior to the 2008 Olympics, T3 is the 3rd largest building in the world by area.

Blurry, but another shot of T3 at PEK

A bizarre little machine at Chinese immigration where I could rate the officer and my experience as she perused my visa details. The whole process took maybe 20 seconds, with no questions asked. The agent merely looked at my visa, typed something really quick, and said "thank you" in Chinese. I blocked out her ID number so I don't get in trouble with the PRC government. My passport was stamped so fast I didn't click the happy face in time! 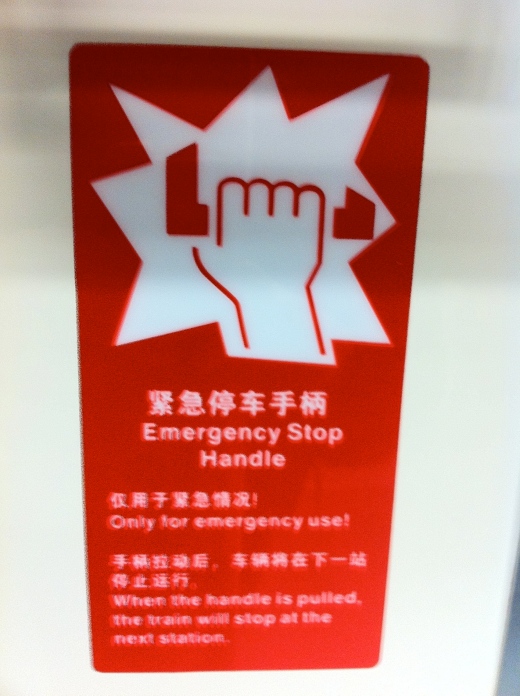 I love signs, but I really like the white sort-of-star shape. Signs conveying important information in the US lacks that "boom boom" found in Chinese signs. 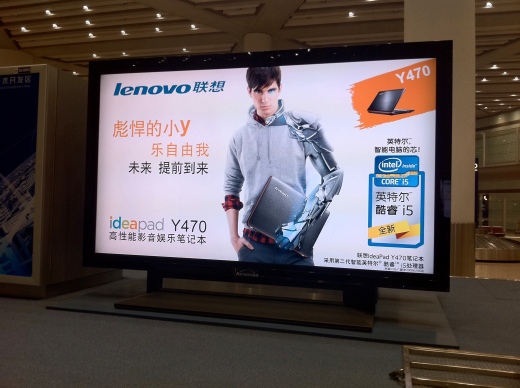 Silly ad at PEK, waiting for my bag

Upon landing, my phone connected to China Unicom cell service and located me. Dumb, but also kinda cool.

This entry was posted in Uncategorized and tagged beijing, china, flights. Bookmark the permalink.

1 Response to Somewhere Between Winnipeg and Siberia