On our final day in London, Paul and I explored some of the leftover must-sees.  You could spend a lifetime in London and still find something new and interesting to explore (or eat).  London, as the capital of the empire on which the sun never set, is a giant onion – peel away one layer of history, culture, and food to merely find something deeper, more intriguing.  Down the rabbit hole, but this time, it never ends.

Out first stop was Trafalgar Square, a huge public plaza in front of the National Art Gallery.  Named after the Battle of Trafalgar in which British Admiral Horatio Nelson defeated the combined navies of the French and the Spanish in 1805 during the Napoleonic Wars.  Not a single British ship was lost in this decisive tactical victory.  Survivor takes a lot of cues from the Brits – they outwit, outlast, and outplay their enemies throughout thousands of years of history.

Next, we took the train to Camden Town, a neighborhood to the north of the City.  Here, “alternative” is normal – people covered with piercings and tattoos intermingle with old British people taking river boat cruises down the river.  Great food and interesting people – a great afternoon spent in an underappreciated part of the city.

The pictures illuminate more than what can be explained in words.

Nelson's Column, a huge monument to the British hero of the Battle of Trafalgar

The National Gallery of Art at Trafalgar Square 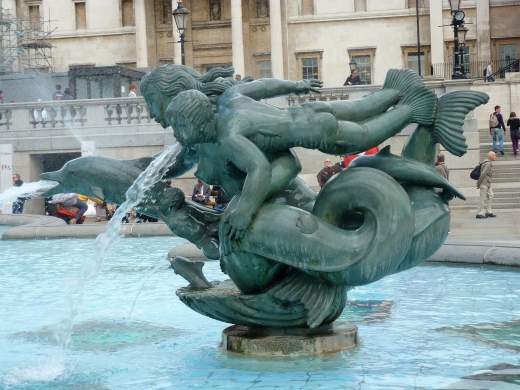 Fountains reminiscent of Paris or Rome

Me in front of St. Paul's (giant) Cathedral

The main entrance to St. Paul's

Camden Town is built upon a series of locks to move up and down the river. Much like the Panama and Suez canals, a ship moving up the river enters into a lock, which then is filled to match the waterline of the higher water plateau. The bottom part of the picture is one such lock.

A neat looking Camden building on a corner

The Princess Diana memorial inside Harrod's. The ex-owner of the store, a wealthy Egyptian businessman, built the memorial after his son and the Princess, who were dating. 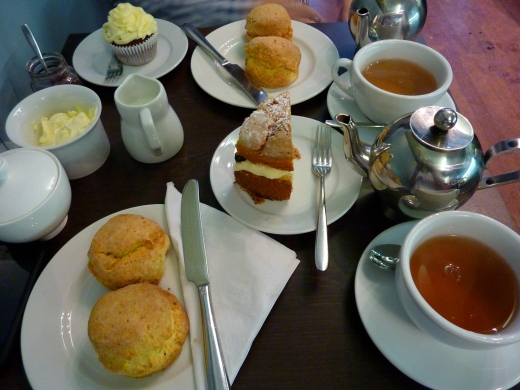 Tea time at Bea's - Earl Grey tea, so many scones, and lots of slices of pie 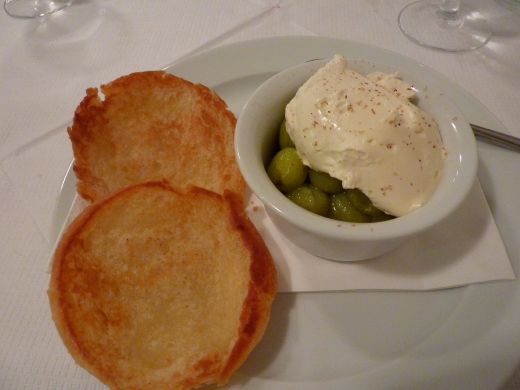 A typical English breakfast - toast with baked beans and an egg

12 Responses to The Rabbit Hole

Leave a Reply to The Full Report Cancel reply