The Sky is Aflame and the River Runs Red

Tied with Pakistan, Serbia is the most anti-American country, with 56% of the population having a very negative view of America with at least another 20% having a moderately negative view.  So naturally that’s where I went today (I told people I was from Toronto).

Serbia…the name itself brings up frightening images.  When the former Yugoslavia broke apart, the many countries that emerged fought many wars.  Serbia was the most violent, engaging in an ethnic cleansing of local Albanians in Kosovo that killed upwards of 1 million people.  Now, Kosovo has delcared its unilateral independence from Serbia, brewing more tensions in the Balkans.  The country is in a relative calm now, but I wanted to visit before another possible war breaks between Serbian and Kosovo troops.

I was in the city of Nis (pronounced “neesh”), the 3rd largest city in Serbia, a college town, and a popular retreat for wealthy Balkaners.  In essence, Nis is the Barcelona of southeast Europe.  It’s part Zürich and part Tehran with just a dash of LA.  The “highlight” of my trip was to a Nazi concentration camp.  As if visiting Serbia wasn’t scary enough…!

People tell me to have my picture taken of me in front of neat things in the places I visit.  But what is there to photograph me in front of in Serbia?  The building still partially destroyed from NATO bombing?  The Nazi concentration camp?  The verdant fields that are still hiding cluster bombs?  In light of all the negatives, I had a fantastic time in Serbia.  You don’t travel only to see cool sites.  You travel to experience a culture that is unique and unlike your own.  Serbia, or at least in Nis, lacks a cornucopia of things to see like other places I have been (e.g. Istanbul, Cairo, Buenos Aires).  Instead, it offers a vibe unlike anywhere in the world, straddling the divide between Starbucks and secret police, between Burger King and bunker-buster weapons.

Belgrade, the capital of Serbia, is supposed to be an awesome place.  I really want to go there.  My next trip – the Balkans by bus, from Athens to Budapest, visiting Macedonia, Serbia, Bosnia, Romania, Moldova, Montenegro, Croatia, and Albania on the way.  Maybe even throw in the Ukraine.

The people in the bus yelled at me in Bulgarian for taking a picture at the border. Oops.

I took a bus (more like a large van) from Sofia, Bulgaria to Nis, Serbia. The bus ride is about 3 hours, but there is a time change going west into Serbia. This is taken on the Serbian side of the border from the bus/van, so I apologize for the blurriness. 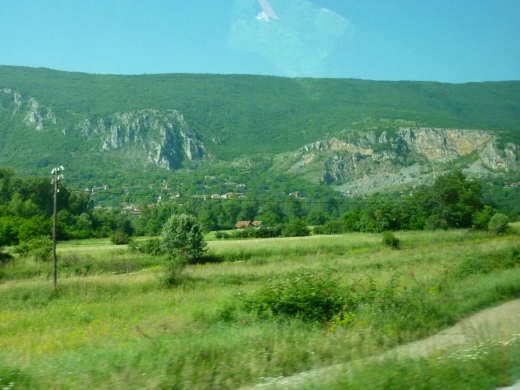 Serbia is such a naturally beautiful country. It is a bit eerie to think that around 1 million ethnic Albanians were killed less than 20 years ago on this otherwise pristine land.

In Nis. Buildings still haven't been completely repaired from NATO and the US unilaterally bombed (without UN approval) Serbia in response to the ethnic cleansing. Hence the very high anti-Americanism - tied with Pakistan as the highest in the world. 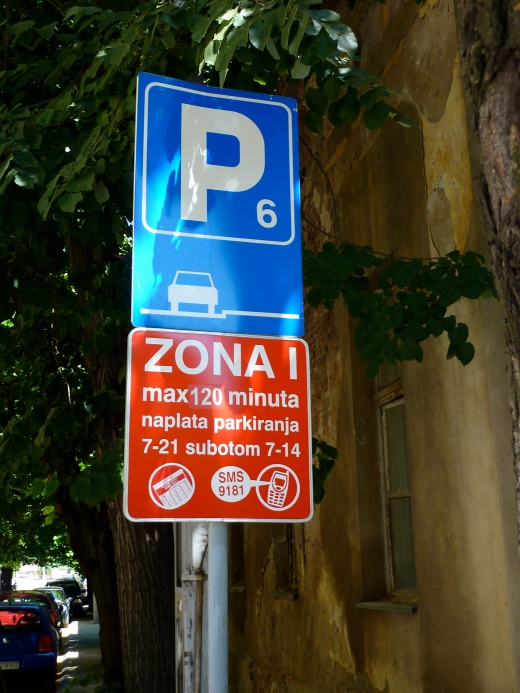 Serbian is written in Cyrllic, the crazy-lloking alphabet used by the Bulgarians and the Russians, but apparently it can be written in the Latin script as well?

The Liberator's Monument in the central square of the city

Approaching the Nis Fortress, a Roman fort that houses a giant park

Entrance to the Nis Fortress

View of the beautiful mountains from the Nis Fortress park. Serbia is an incredibly verdant country. 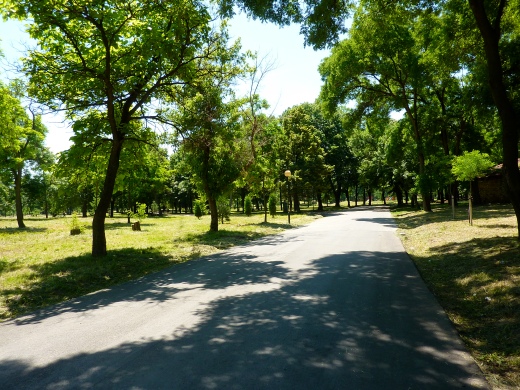 The park is a popular place for Serbs to hang out 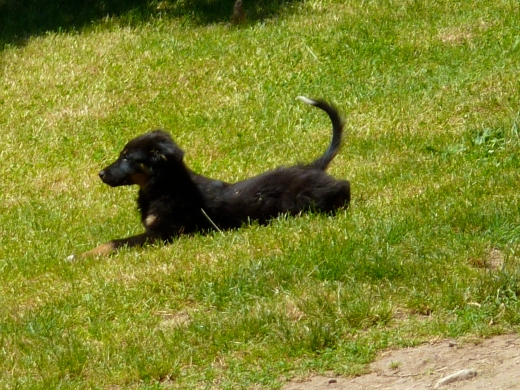 His name is Nikola. He is Serbian. He likes to rest. 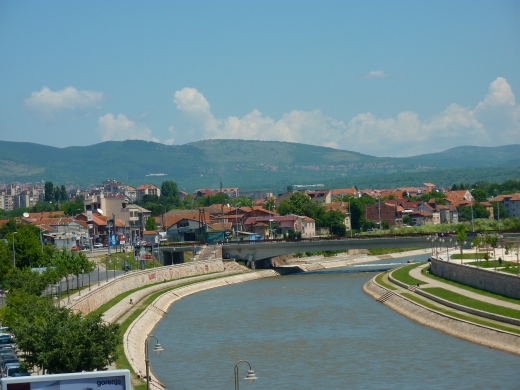 Nis is known as the culinary capital of Serbia. They specialize in burek, greasy pastries stuffed with feta but sometimes other stuff. The top one was filled with warm feta, the bottom-left one was filled with egg salad, and the bottom-right one had olive stuff on the inside. Total cost = 120 Serbian dinars ($1.50)

The Serbian flag was everywhere. I have a feeling, that given the NATO bombings and all the wars, Serbia is a very nationalistic nation.

The "highlight" of the trip

Everything in the concentration camp-turned museum was in Serbian, but apparently this was an item made by one the 12,000 Jews that were killed here.

This really freaked me out. I was alone at like 4 PM in Serbia, walking through prison cells in a Nazi concentration camp. I didn't loiter in this area for long! 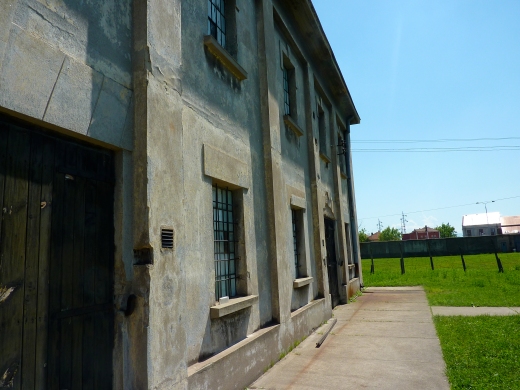 The view from the outside

The path out. While this concentration camp was the site of a small escape (around 100 Jews and Romanian communists interred here escaped), almost everyone that came through this gate had a one-way ticket. 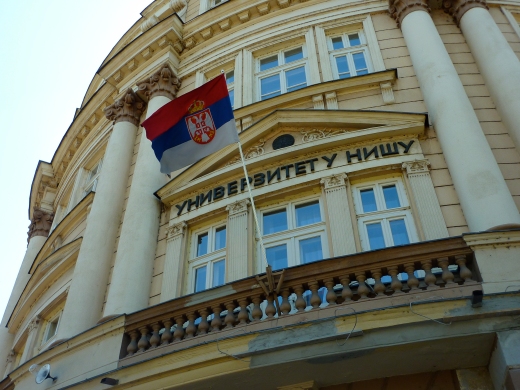 A major university in Serbia. The Serbian flag waves in the light breeze.