I have a longer post about my visit to the Dolmabahçe Palace coming soon, but this may be the first post where the pictures are better than any description I could do.  This is basically a collection of some random adventures over the course of four days in Istanbul, punctuated by many cups of Turkish çay tea (“no sugar, please”), a random backgammon game with an old Turkish man in an antique café overlooking the blue highway of the Bosphorus, and lots of rain. 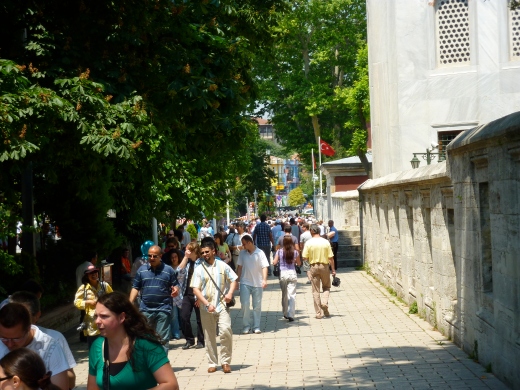 Exploring a side street in Istanbul 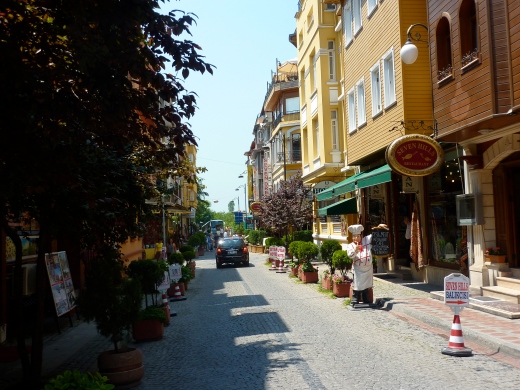 A quiet street lined with cafés 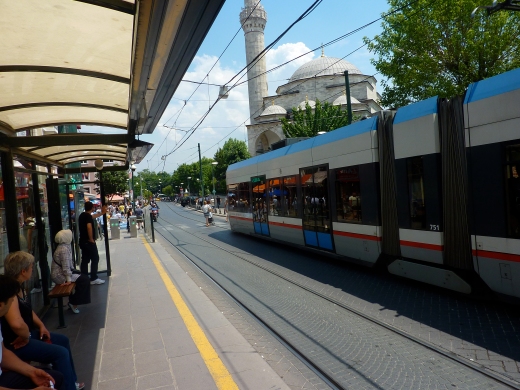 I haven't taken a cab yet in Turkey and don't plan on it. The subway and the light rail make traveling around greater Istanbul relatively easy.

Close-up of the light rail, called the tramvay in Turkish

Outside the Grand Bazaar

The Grand Bazaar was built over time, but started several hundred years ago as a way for Ottoman peddlers to sell their wares 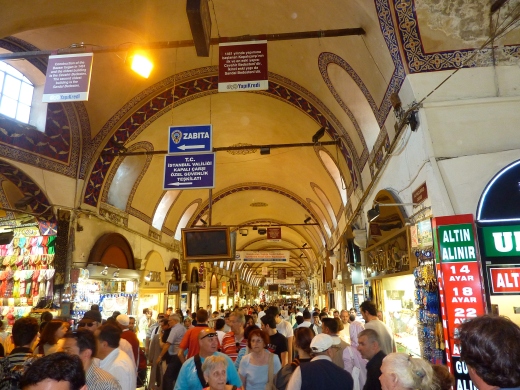 Inside the Grand Bazaar

Walking past the Blue Mosque, framed by Turkish flags, to get some kebabs...had to take this picture! 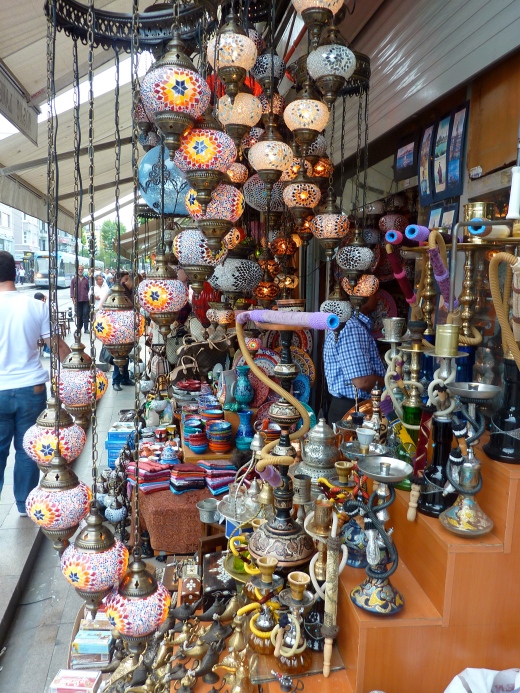 The tombs of many sultans line the main street through Old Istanbul, appropriately called Sultanahmet

Istanbul University. I wanted a shirt, but the guards didn't understand what I was saying...oh well

The larger plaza showing the entrance to Istanbul U.

Crazy Turkish McDonald's sign. And no, of course I didn't eat here.

Taksim Square. I took this picture from online because there is not way to capture this on land due to the sea of people there all the time. This is the heart of modern Istanbul. It is located on the northern European peninsula of Beyoglu 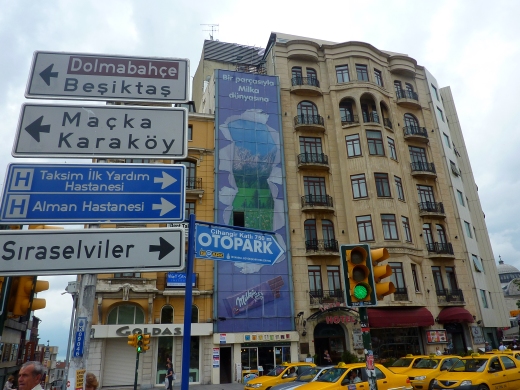 The statue in the middle of Taskim Square. Taskim has been the site of many important periods in Turkey's history. Turkey prides itself on being a secular democracy. That democracy is tested at Taskim.

The roads leading from Taskim are flanked by very European architecture

Istiklal Avenue, known as Independence Avenue, is the main pedestrain road from Taskim. The modern city of Istanbul pulses from this commercial center.

Anti-Israeli protest up Istiklal Avenue up to Taksim Square

Most embassies are located on Istiklal Avenue, making the area a very high-end part of the city. This is the sign to the Russian Embassy. 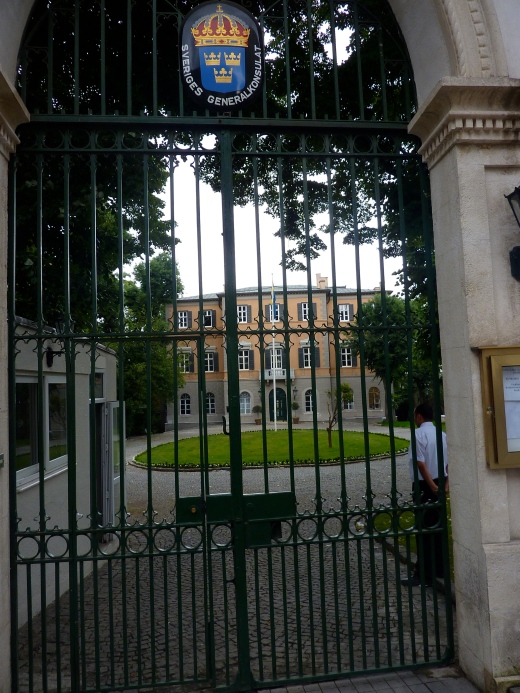 1 Response to Sultans and Sinners