Today was one of the best days so far in Israel.  A small group of us took the early bus down to En Gedi, a really neat nature reserve next to the Dead Sea.  Their are trails up and down the rocky crags, meeting with hidden waterfalls and even a desert oasis (really!).  We hiked up (the Dead Sea is the lowest point on Earth, so our hike “up” the mountain was still several hundred meters below sea level) and explored the river.  We splashed around in a waterfall and slid down natural slides.

After our hike, we went to the Dead Sea, famed for its super salty water and mineral-rich soil.  Descending onto the beach (the Dead Sea is shrinking by about a meter every year, so the water level is now way lower than were the beach umbrellas are placed), we saw people reading while laying in the sea and many others covered in thick black mud.

Wow.  I underestimated how salty is was.  Walking into the water, you see salt crystals along the shoreline.  The surface is oddly shiny, like when you mix water and oil together.

When you read that you can float in the Dead Sea, those people are wrong.  You have to float.  You may think that “oh, I’m a strong swimmer, I’ll swim.”  False.  If you are laying on your stomach, it’s so incredibly difficult to get your knees under the water.  If you are laying on your back, you can easily stick up your legs and arms without sinking.  I also never realized how many small cuts I had on my ankles and hands.  If you aren’t sure if you have any small cuts, you will find out right away from the burning sensation you feel right away.

Next, we ventured down the coast a few hundred meters to large black pit where people were scooping up the mud.  Naturally, I rubbed it all over my body, letting it dry and eventually sort of crust off.

Wild ibex (ibexes?) near the entrance to En Gedi 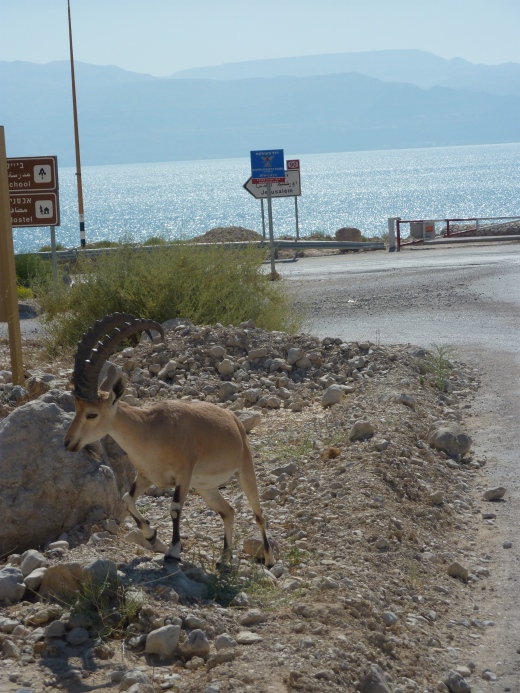 More ibex with the Dead Sea in the background. The mountains across the Sea are in Jordan.

The entrance to En Gedi, an awesome park

Where we hiked up into. We splashed in a waterfall way up there.

Looking back on where we came from. Dead Sea in the background. 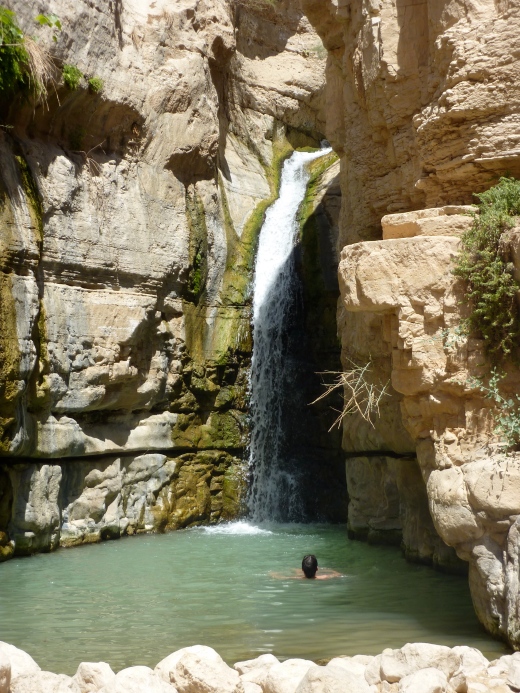 The hidden waterfall, the end of my amazing hike. We spent quite a bit of time playing in the water. 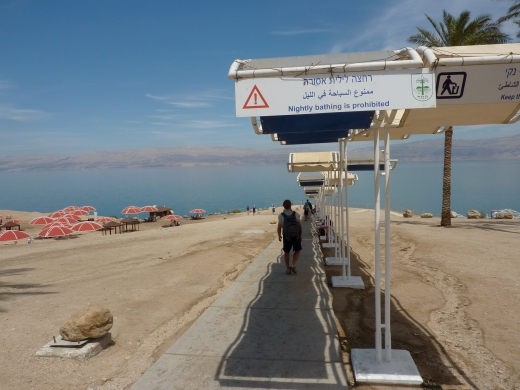 Since the Dead Sea is shrinking so fast (around 1 meter a year), the water is now much lower than where the large metal umbrellas were built

Descending into the Dead Sea 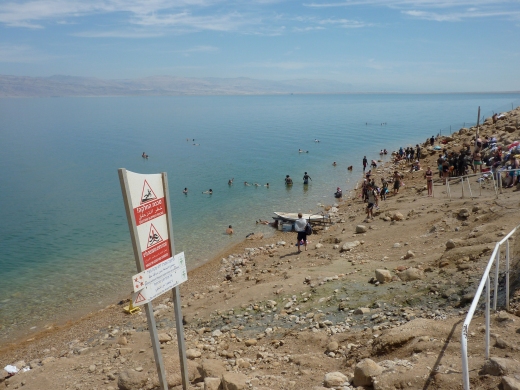 Notice the mud-covered people down the shore 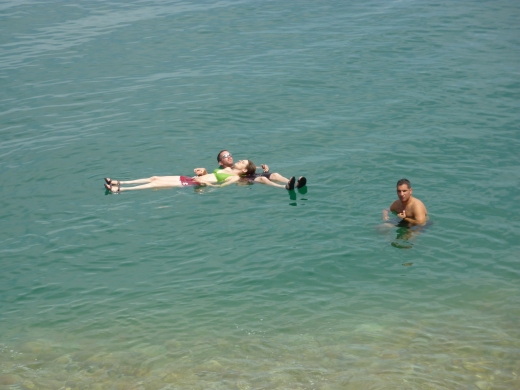 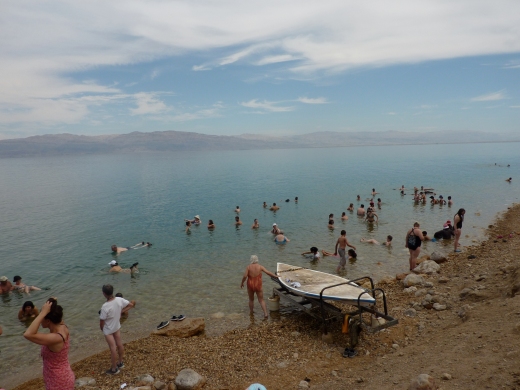 Another shot of the coast 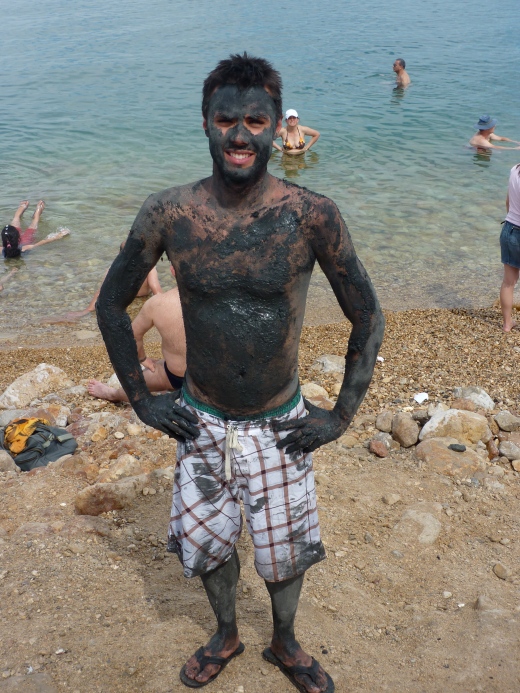 Me covered in the mud

Hands and feet up = not sinking at all

Me being an American tourist

5 Responses to I Ain’t Dead