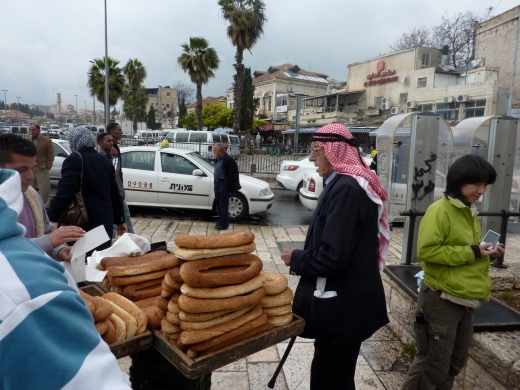 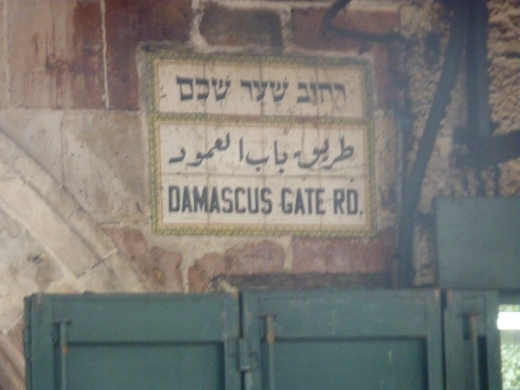 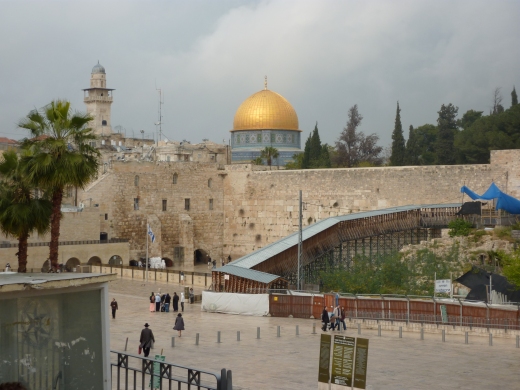 Wow.  Today was pretty cool.  A group of us explored the Muslim Quarter of the Old City.  Given that is the Jewish holy day, the rest of the city was quiet and relaxed.  The Muslim Quarter, however, was super busy and brimming with people buying and selling all types of unusual wares.

Walking into the quarter, you notice old men wearing keffiyehs (the type of checkered head covering that Yasser Arafat wore), black to represent Palestinians and red to rep the Jordanians.  Completely covered women haggle for cheaper prices on various types of unusual candies for their jumping children.  Along those lines, I made a cultural faux pas:  I told a Muslim man, trying to get us to enter his store, that we were fine and didn’t want anything.  I said it in Hebrew, and he sternly said, “What does that mean?  Arabic or English only here.”  Hmm, English then.

However, several Muslim store owners thought I spoke Arabic.  Two of them asked me if I speak Arabic because of my eyes.  Really?  Not so sure about that one, but I’m sure it’s a cultural thing.

Anyway, today I got to visit “Hakotel,” or the Western Wall.  We weren’t allowed to take pictures (or use cellphones, or write messages, or anything that could be construed as “work”) directly in front of the wall, but I was able to get some side shots of it with the Dome of the Rock framing the picture in the background.  Everyone has seen pictures of people praying next to wall, but it was overwhelming.  To be next to one of the most holy places in the entire world gave me chills.  The low rustle of leaves echoed eerily against the over-2000-year-old structure.

This entry was posted in Uncategorized and tagged old city. Bookmark the permalink.