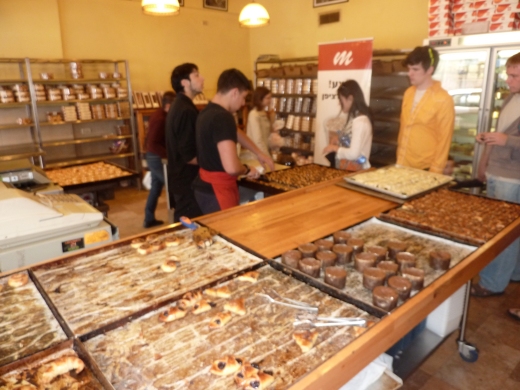 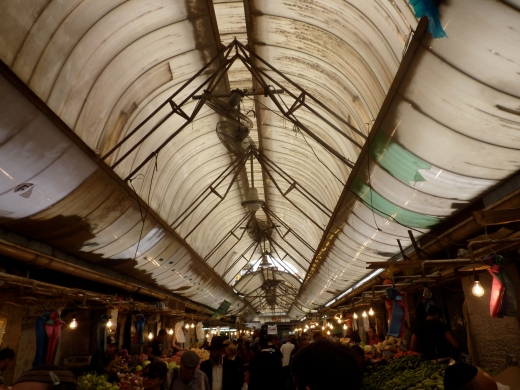 A group of us went to the main shuq (outdoor market typical in the Middle East) in East Jerusalem today.  This is exactly what I thought of, pre-trip, when someone mentions Jerusalem.  Hijab-adorned women and kippah-wearing men mingle lazily along the outer edges of the market.  Inside, it’s reminiscent of a circus.  People yell (mainly in Hebrew, though Arabic and some English were heard, too), children run between people chasing plastic toys, and a burly Jewish man chops bloody fish heads to sell to and elderly Muslim woman.  Jerusalem is turning out to be a city of contrasts, yet the city still functions, maybe because it has to.  The city is like a rusty cog – if you had to check a box on whether or not it works, you would choose yes, but it staggers, struggling for a future undefined.

Anyway, enough of that.  The general breakdown of the pictures (I realize now putting the text first might have been a better idea):

This entry was posted in Uncategorized and tagged food, market. Bookmark the permalink.